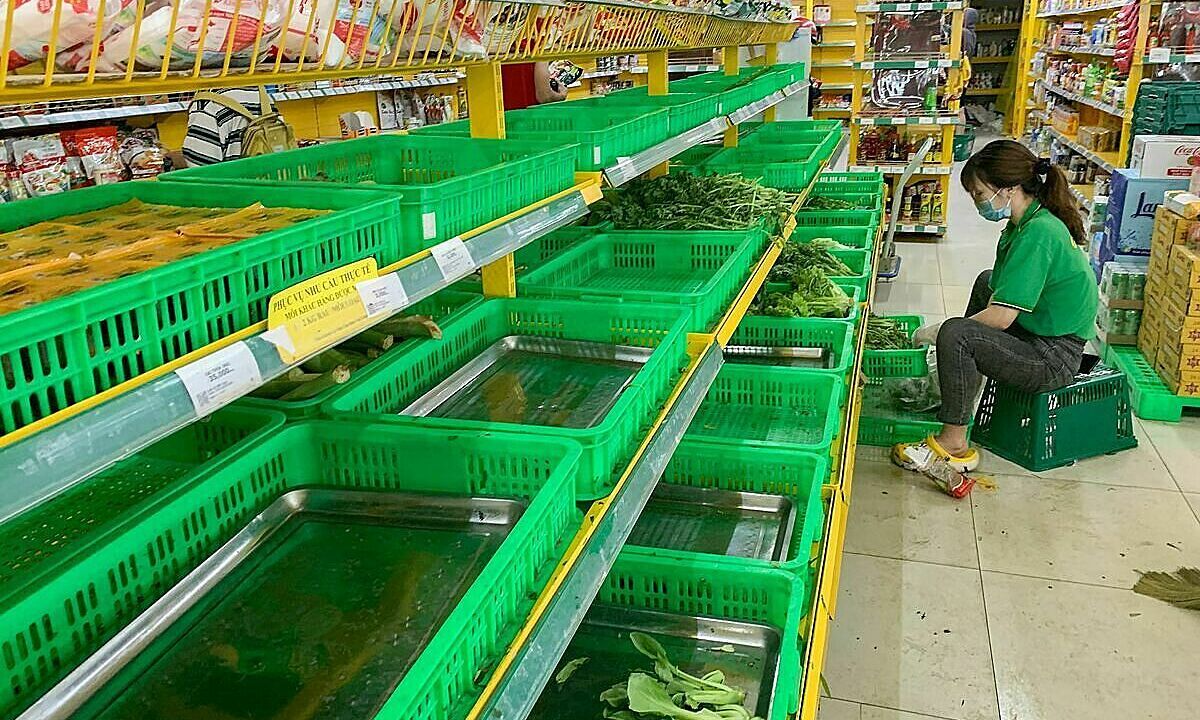 
Duy Khanh, an employee of a supermarket in Thu Duc town, has said in recent days that he has to work 18 to 20 hours a day to serve customers and restock shelves.

Supermarkets and convenience stores are crowded as the city’s three wholesale markets, Hoc Mon, Binh Dien and Thu Duc, and 151 of the 234 traditional markets are closed after the discovery of Covid-19 infections.

Many supermarkets closed their shutters and put closure notices outside to reduce the number of customers, but people waited for them to reopen and continued to buy and accumulate. Quarrels and even scuffles have erupted between customers and supermarket security in several locations.

On Wednesday morning, an MM Mega outlet closed the door to prevent customers from entering. However, all of these measures failed to stem the hoarding frenzy. While many customers were waiting to shop, supermarkets were out of stock. The most basic foods, vegetables and meat, were the first to go missing.

There were a lot of customers, but the supermarkets were out of stock because they lacked even the most basic foods, including vegetables and meat.

A spokesperson for the Co.op Mart supermarket chain said employees have had to work from early morning until late at night in recent days.

Sometimes customers have to queue for two to three hours outside a supermarket or in the lobby to buy something.

Supermarkets have faced shortages of various items, including vegetables and meat. Tighter controls on movement between cities and provinces have helped curb the spread of the pandemic, but also disrupted the supply of goods, leading to increased transport and operating costs. Thus, some supermarkets are planning to increase the prices of fresh food.

Overcrowding has also made employers worried about staff contracting Covid.

Masan, which operates the VinMart supermarket chain and VinMart + convenience stores, said for example that it has 40,000 employees, but only 6,500 have been vaccinated so far.

The city, home to 13 million people, is suffering from the worst community Covid-19 epidemic of all time. It is now the most infected locality with nearly 29,100 local cases recorded so far in the current wave that hit Vietnam on April 27.

TVS iQube electric scooter will be available in 1,000 Indian dealers