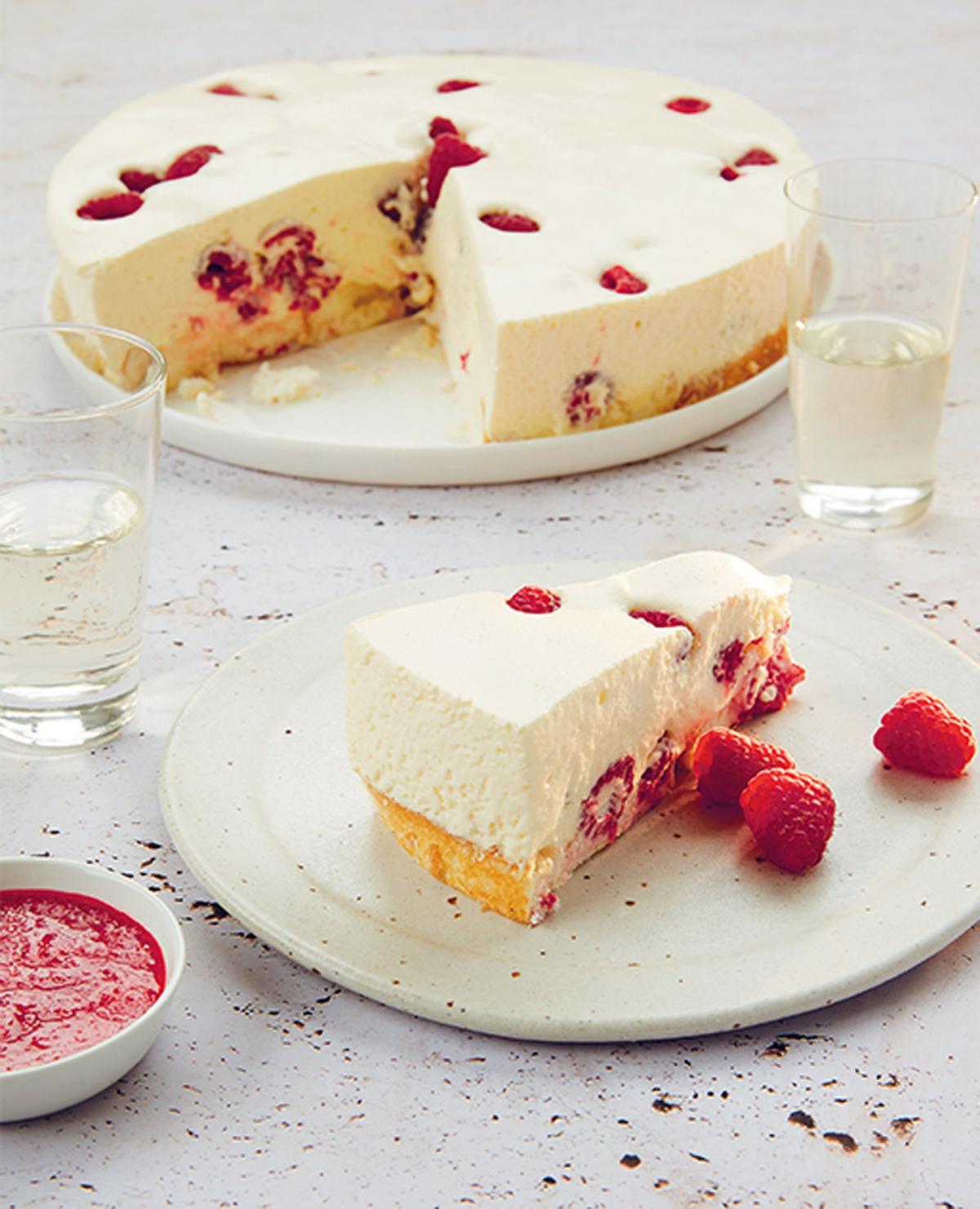 “It has always been, ever since I started cooking, one thing; it’s the quality of the products, always dictated by seasonality. ”

Perry, who is behind the Rockpool group, which owns restaurants in Melbourne and Sydney including a burger chain, is an advocate for a balanced diet, eating fresh and seasonal ingredients, and exercising. and drink responsibly.

Perry, who has also appeared on various cooking shows in Australia, considers himself a “truly multicultural” cook. Europe and modern Australian cuisine.

“Once you’ve stocked the pantry with the ingredients most commonly used in these kitchens, you can cook anything – have fun with it. “

He urges people to use his recipes as a guide and not to be enslaved by them.

Be sure to write down the result and try to cook a little better each time. Cooking is a profession that you can improve if you wish. ”

Perry has broken the book down into chapters based on food groups, but starting with a section on indulgent breakfasts – dishes he enjoys on weekends when he’s feeling a little more substantial and decadent.

There is another chapter on small plates that can be part of a group of dishes to feed a crowd or just a dinner for one – “a perfectly formed meal”.

The rest of the book covers’ heartwarming ‘pasta dishes and ideas on how to cook poultry, beef and lamb, pork and veal and of course desserts -‘ start with seasonal fruit. or chocolate and you can’t go wrong ”.

This Bavarian was on my first dessert menu at Barrenjoey House in Palm Beach in 1982, but this summer dessert cracker is just as relevant today as it was all those years ago.

For the sponge sponge

You will also need two round springform molds: one 23 cm, the other 20 cm in diameter.

For the sponge cake, preheat the oven to 180 ° C and lightly grease the 23cm mold. In a large stainless steel bowl, beat the eggs and sugar until pale and creamy. Place the bowl over a pot of simmering water, making sure the base of the bowl is above the water level, and whisk constantly for 8 to 10 minutes, or until the mixture thickens and that the whip leaves a trail. Carefully remove the bowl from the pot and continue to whisk for another 5 minutes. Sift the flour and incorporate it delicately, then pour in the melted butter and incorporate. Transfer to pan and bake for 30 minutes, or until a toothpick inserted in the center of the cake comes out dry. Gently run a knife around the edge of the sponge cake, remove the springform pan and the bottom of the pan, then transfer the cake to a wire rack and let cool.

Meanwhile, to make the bavarois, put the gelatin in a small bowl of cold water and let soften. In a heatproof bowl, whisk the egg yolks and sugar until pale and creamy. Heat the milk with the vanilla seeds in a saucepan. As soon as the first bubbles start to appear, remove from the heat and slowly pour over the egg yolk mixture, whisking all the time. Place the bowl over a pot of simmering water, making sure the base of the bowl is above the water level, and whisk vigorously for 8 to 12 minutes, until the mixture thickens and coats. the back of a wooden spoon. Carefully lift the bowl from the pan and place it on a large bowl of ice cream. Squeeze the gelatin and add it to the hot mixture until completely dissolved, then let cool.

To assemble, cut the sponge cake horizontally into four 1 cm layers. Cut a layer to fit the 8 inch tin and press down on the base. Spread a third of the raspberries on the sponge cake, then pour in the Bavarian mixture and refrigerate for 30 minutes. Sprinkle the top of the remaining raspberries (they will sink into the bavarois but not all the way to the bottom), then refrigerate again for at least 3 hours.

To serve, dip a knife in hot water and gently slide inside the pan, then remove the springform pan and slice it.

You only need a quarter of the sponge here, so refrigerate or freeze the rest for another time. It will keep for 7 days in the refrigerator or 6 months in the freezer.

Here’s one of the classic Spice Temple dishes that I think are perfect for the summer, served with rice and maybe some steamed Chinese broccoli with oyster sauce. Pork itself is easy to cook – don’t forget to leave a day or two in advance for the skin to dry out – and it has many uses. Likewise, the red onion, cilantro and peanut salad is great with, say, the meat of a store bought roast, shredded the bones and mixed, to make a super quick dish for a week. -end loaded.

A handful of unsalted peanuts, roasted in a dry pan and crushed

Place the pork belly on a wire rack on a plate (to catch any drippings) and refrigerate, uncovered, for at least a day to dry the skin; two days would be even better.

Take the pork out of the refrigerator about 3 hours before cooking.

Preheat the oven to 220degC.

Place the pork belly on a cutting board. Using a sharp knife, cut deeply into the skin in diamond shapes and rub generously with salt. Return the pork belly to its rack and place it in a roasting pan.

Roast the pork for 20 minutes, then reduce the oven temperature to 170 ° C and roast for another 20 minutes, or until the meat is cooked through and the skin is blistered and crisp.

Remove the pork from the oven, cover with foil and let stand in a warm place for 20 minutes.

Cut the pork belly into 2 cm cubes. Place all the remaining ingredients in a bowl and mix, then add the pork and mix. Divide among four plates and serve.

This free-form pie is delicious and simple. For a nice little accompaniment, cut some cherry tomatoes and season with good olive oil and red wine vinegar, then sprinkle with shichimi togarashi.

500g plain flour (all-purpose), plus a little more for dusting

First make the dough. Put the flour, butter and salt in a food processor and blend until you get fine crumbs. In a small bowl, beat the eggs and milk together, then add to the food processor and mix until a dough begins to form. Switch to a clean bench and use your hands to press the dough into a cohesive mass, without kneading. Cut in half, then roughly shape each half into a disc, wrap in plastic wrap and cool in the refrigerator for half an hour.

Add the onions and sweat gently for 10 minutes until tender and translucent. Now add the silver beets and spinach in batches, allowing them to cook until just wilted and stirring occasionally to help matters. When all the vegetables are in the pan and wilted, stir in the raisins and pine nuts. Pour the contents of the pot through a sieve or colander in the sink and wring out as much liquid as possible, then transfer to a bowl. Stir in Parmesan and parsley until well combined. Let the filling cool for 10 minutes.

Preheat the oven to 200 ° C and lightly oil a 30 cm round pizza pan (or a regular baking sheet). On a floured bench, roll out each disc of dough in a 30 cm circle. Place the first circle of dough on the baking sheet, then pour the filling on top, spreading it over the dough but leaving a clear 5cm border all around. Brush the edge with the beaten egg, then place the other circle of dough on top and twist the edges together all around to seal the pie. Use the tip of a knife to cut half a dozen small slits in the top to allow the steam to escape, then brush with the beaten egg.

Bake for 20-30 minutes or until golden brown. Remove and let stand 10 minutes before serving.

If you can find some green or salty veggies, try using them in this pie. We do something similar at the Rockpool Bar & Grill, and it’s pretty cool with the tomato and chili relish.