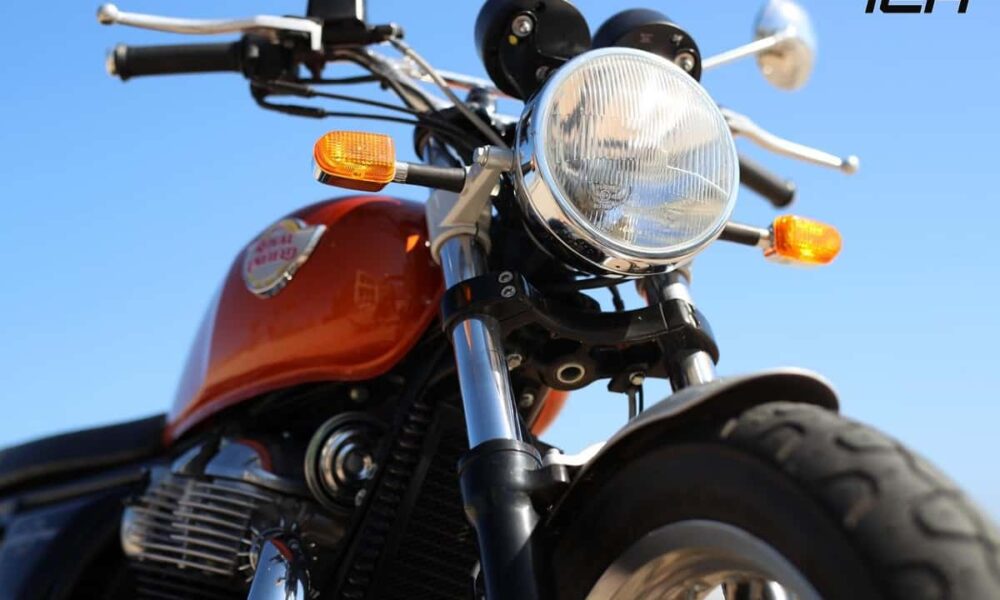 Royal Enfield will soon be launching the next generation Classic 350, which was recently spotted during an official TVC shoot. The leaked images reveal full details of the main changes the Classic 350 will receive in the coming days. Rumor has it that it will be launched in August-September, the new RE Classic 350 retains the design of the existing model; however, it gets more modern functionality.

Three different variations of the new Royal Enfield Classic 350 will be introduced, which includes a single-seater bike, a two-seater Classic 350 and the 350 Signals Edition. The new generation of RE Classic 350 is based on the brand’s new architecture, which underpins the Meteor 350. Called modular “J” architecture, the new platform has a double down tube frame for better ride quality. . It will be powered by a 349 cc injection engine capable of producing maximum power of 20.2 hp at 6,100 rpm and maximum torque of 27 Nm at 4,000 rpm. It will be mated to a 5-speed gearbox.

This is essentially the more road specific version of the Himalayan Adventure bike. Rumor has it that it’s called the Royal Enfield Scram 411, the new bike was leaked online via a clay model. Instead of a windshield, the bike receives a small fairing-like element surrounding the headlight. The bike also has smaller rims and smaller fenders. The iconic exoskeleton has been replaced by the tank fairings.

The bike gets a revised rear fender, passenger grab bar and new instrument console. The rear rack has been removed, while the fork gaiters are replaced by rigid saddlebags. It is likely to draw power from the 411cc single cylinder engine, which could be calibrated for better power output. In its current form, this engine produces 24.8 hp of power and 32 Nm of torque.

Royal Enfield is also testing a modern classic with a sportier design, which will be positioned against the Honda CB350 RS. Probably called the RE Hunter 350, the new bike will be based on the new modular J platform that will also underpin the new Classic 350. It will have a different design than the Meteor 350 and the upcoming Classic 350.

Some of the design highlights will include a teardrop-shaped fuel tank, one-piece saddle with a passenger backrest, round taillights, shorter fenders, round headlight with chrome bezel, crankcase protection, exhaust lift and disc brakes. The bike will likely share the handlebars, instrument console and engine specs with the Meteor 350. The new bike will be powered by the same 349cc air-cooled single cylinder engine with an OHC design. This single-cylinder engine produces 20.2 hp of power at 6,100 rpm and maximum torque of 27 Nm at 4,000 rpm. Power will be transmitted to the rear wheel via a 6-speed gearbox.

Royal Enfield is also testing a few 650cc motorcycles, including a modern 650cc Classic and a 650cc Cruiser. The first will likely be called the RE Classic 650 and will be based on the double cradle frame that underlies the Interceptor and the Continental GT 650. It will be fitted with a twin shock absorber at the rear, a front wheel wider than the rear, and flat tubeless tires. The bike will be fitted with dual discs and dual channel ABS as standard.

The 650cc Cruiser will likely be called the Royal Enfield Shotgun. It will come with modern styling and a relatively sportier stance with mid-height footrests. The motorcycle will have round headlights with a large visor for wind protection, a thin fuel tank and alloys. The bike will have split seats, a dual-pipe exhaust system, round taillights and turn signals, a bigger rear fender.

Both bikes will be powered by a 648cc air-cooled twin parallel engine with oil cooler that also powers the 650 twins. This engine is capable of producing 47.6 hp and 52 Nm of torque. It should be mated to a 6-speed gearbox with power assist and slip clutch.