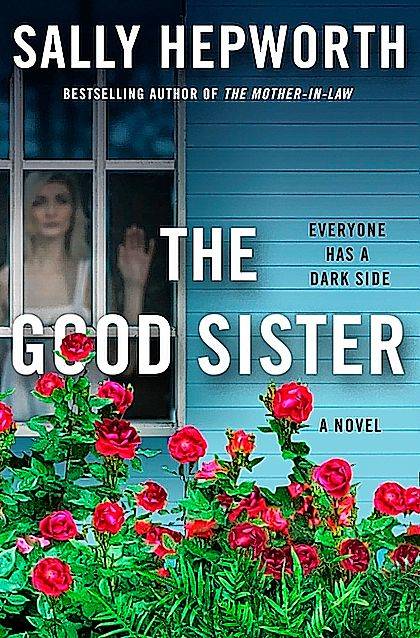 
“The good sister” by Sally Hepworth: Fern Castle works in his local library. She dines with her twin sister, Rose, three evenings a week. It avoids crowds, bright lights and loud noises as much as possible. Fern has a carefully structured life and disrupting his routine can be… dangerous. When Rose finds out that she can’t get pregnant, Fern sees her chance to repay her sister for everything Rose has done for her. Fern can have a baby for Rose. She just needs to find a father. It’s simple. Fern’s mission will shake the foundations of the life she has carefully built for herself and stir up the dark secrets of the past. It’s an original, rich and shocking story of what families are hiding.

“Dirty Gold: the rise and fall of an international smuggling ring” by Jay Weaver, Nicholas Nehamas, Jim Wyss and Kyra Gurney: In March 2017, a team of FBI agents arrested Juan Granda, Samer Barrage and Renato Rodriguez, or as they called themselves “the three amigos”. The trio – first identified publicly by the authors of this book – had built a $ 3.6 billion business trading in metals, mostly illegal Peruvian gold. However, their arrests and the subsequent prosecutions exposed more than a corrupt financial corporation. Instead, this book lifts the veil on an illegal international trade that is five times more lucrative than cocaine trafficking, and arguably more dangerous.

“Harry Chapin: when in doubt, do something”: This is the inspiring story of Grammy Award-winning singer-songwriter Harry Chapin. Chapin has sold over 16 million albums. He was one of the most beloved artists and activists of his generation, and he spent his fame and fortune trying to end world hunger before his tragic passing. The film features a myriad of other performers who reflect intimately on Chapin’s larger-than-life impact on music and the world.

“Ground Zero” by Alan Gratz: Sep 11, 2001 – Brandon visits his father at work at the World Trade Center. September 11, 2019 – Reshmina finds a wounded American soldier in a battle in her Afghan village. On the 20th anniversary of September 11, this story will deliver a thrilling take on history and hope, revenge and fear, as well as the amazing connections between past and present.

“A voice called Aretha” by Katheryn Russell-Brown: Aretha Franklin is the queen of soul, but before she was a star she was a shy little girl with a powerful voice. The first woman inducted into the Rock and Roll Hall of Fame, she always remembered who she was and where she came from. This book and many others were purchased for the library with funds donated by the Jacksonville Chapter of the NAACP.

The library’s summer reading program for adults begins Tuesday and ends August 2. Read five books to win a small prize. Every five that you read on, you get an entry into our big draw on August 3rd. Go to the main loan office to pick up your entry form.