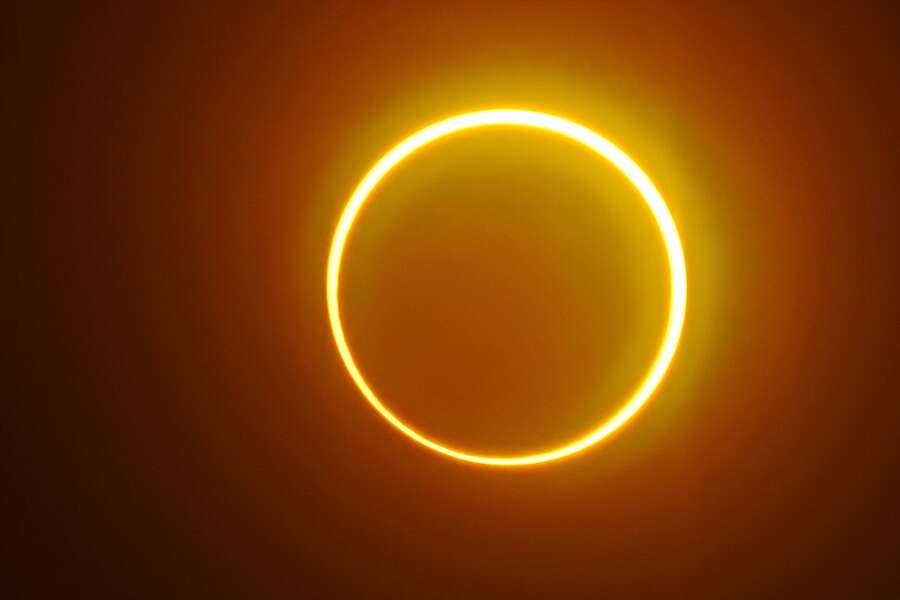 
Just a few weeks after a total lunar eclipse, we get another eclipse. This time it is an annular solar eclipse or, as it is sometimes called, a “ring of fire” solar eclipse. It’s never called a Johnny Cash Eclipse, but if you want to do it, most people will figure it out eventually.

It will arrive for US and Canadian viewers in the early morning hours of June 10, so you’ll need to set an alarm. This is called a ring of fire because instead of blocking the sun entirely, as it does during a total solar eclipse, the moon will only block most of the sun from our perspective. This leaves a ring of the fiery sun around the dark shadow of the moon.

If you want to see the actual ring, you will need to be in a relatively narrow line that crosses Canada, Greenland, and Russia. It can be seen as the darkest shadow on the map below. Everyone experiences a partial solar eclipse. You will be able to see part of this partial eclipse in eastern Canada, northern Europe, Russia, the northeastern United States and Greenland, according to Nasa.

As it happens at sunrise, viewers would do well to find a spot to watch with a clear view along the eastern horizon. As the sun rises, it will already look like the moon has bitten the sun, according to NASA.

The RadRover 6 Plus reinvents America’s most popular electric bike