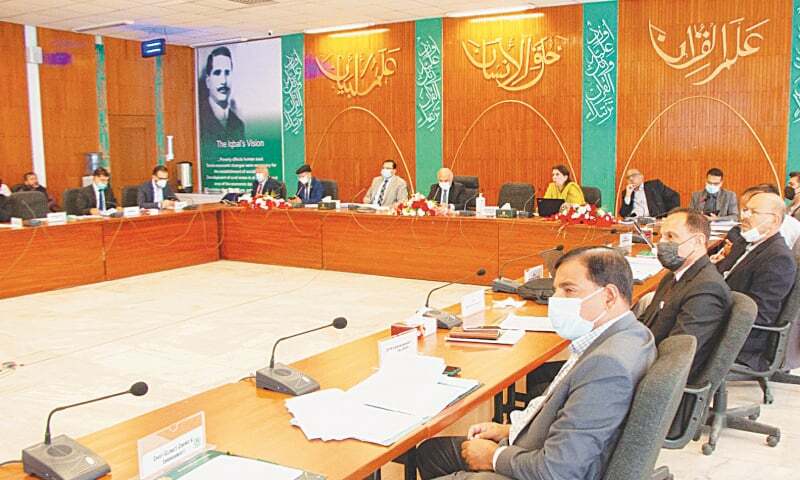 ISLAMABAD: After paying a commitment fee for a $ 456 million loan and despite heavy losses on the system, the government decided in principle to suspend the Rs 30 billion smart meter project for Lahore Electric Supply Company (Lesco) and adopt a similar advance metering infrastructure of 17 billion rupees (AMI) for Islamabad Electric Supply Company (Iesco).

The AMI of 47.2 billion rupees was approved by the executive committee of the National Economic Council (Ecnec) in July 2017. It planned to improve the control and management of the load up to the interface of the system. Electricity distribution operated by distribution companies (Discos) at least cost solution to reduce losses and effectively balance supply in specific areas of Lesco and Iesco to cover 2.6 million consumers.

The government also arranged a loan of $ 455.5 million from the Asian Development Bank (ADB) and was later to be extended to all nightclubs.

“The project, since its creation, has encountered implementation difficulties. These include problems in terms of supply. The project is included in the list of problematic foreign-funded projects and has been discussed in the National Coordinating Committee for Foreign-Funded Projects (NCC-FFP), ”the Planning Division said.

It also recommended to the Central Development Working Group (CDWP) to order the Electricity Division to “fix the liability of officials / officers” for causing more than four years of delay in the implementation of the project and continually pay a commitment fee to the lender for the unused loan.

The CDWP agreed on Monday to give the green light to the implementation of a Rs16.9 billion project for Iesco and authorized the Power division to cancel a similar Rs31bn project for Lesco. The meeting was informed that an AfDB review mission on the delays also met with Energy Minister Hammad Azhar and former Special Assistant to Prime Minister Tabish Gohar in May this year.

The government team wanted to change the scope of the project from one circle each in two nightclubs to all distribution companies and not install meters for each consumer but only on pole-mounted transformers (PMT). “The AfDB mission indicated that at this stage such a change would not be acceptable to their board of directors and given the limited time available, the financing of the project should be abandoned.”

The Planning Commission told the CDWP that the government continually pays commitment fees on the undisbursed amount, which has so far stood at $ 2.2 million. The procurement process for the AMI project at Iesco and Lesco was based on international competitive bidding (ICB) in accordance with AfDB guidelines, but the award process was’ halted due to afterthought in the Energy division ”.

On the other hand, the Prime Minister’s Energy Task Force considered these views and recommended that the current project be allowed to continue in its current form.

On the other hand still, the management of Iesco and Lesco demanded that the metering tree be complete, not only from the power supply level to each distribution transformer level, but also down to the premises. of the final consumer according to the perimeter approved by Ecnec.

It was reported that the AMI project sponsored by ADB in Uzbekistan which also covered domestic consumers, revenue increased to 100pc, the number of residential consumers increased by 9.6pc, receivables decreased by 91pc and subscribers with arrears decreased by 66pc. In highly efficient grid systems like the one in Texas USA, the Center Point Energy AMI project in Texas saved $ 61.54 million in costs and increased revenues by $ 4.79 million over three years.

The change in scope to restrict it to the installation of AMI at PMT level and industrial and commercial consumers would necessitate the cancellation of the results of the tender and the project would not be completed within the timeframe of the loan from the ADB which excluded any extension. In addition, ADB financing would not be possible for such a project and a commitment fee of $ 2.2 million would be completely wasted.

The Cabinet committee on energy had to decide last month on a firm basis, and then the planning ministry is expected to decide whether the whole project should be scrapped. Power Division has now taken the position that Iesco’s lowest bidder has extended its bid for the 9th time while Lesco’s bid has so far not been successful and the time remaining under funding is ADB is not sufficient to relaunch the tender.

Therefore, Power Division proposed that Ecnec could authorize the modification of the scope of the project as long as it can proceed according to the plan already approved for Iesco and abandon the Lesco component. The CDWP approved the recommendations with the addition that responsibility is set for delays and that strict control is ensured for successful implementation.