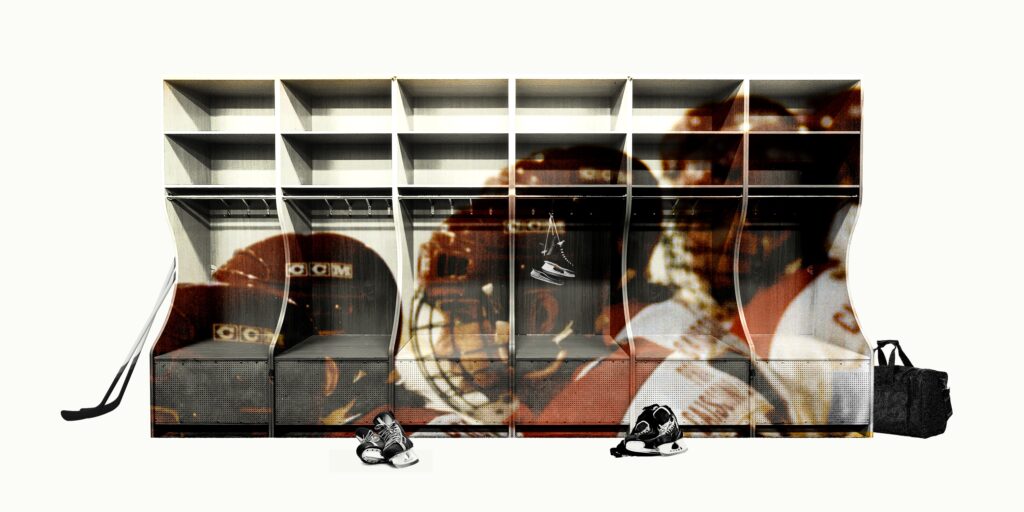 From NHL to Minor Hockey, Can Toxic Culture Change? – Athleticism

I remember my first time through the red door.

It was in Locker Room # 4, down the hall under the lobby of Brampton Memorial Gardens. This led to the permanent locker room of the Brampton Capitals, the local Level II Junior A team.

The red door was enticing for any young player in the Brampton minor hockey system. Dreams of playing in the NHL, or even the CHL, seemed far away. The Capitals locker room was more immediate. You could touch it.

There were stories of carpet, sneakers sharpening your skates and cleaning your jersey, and a room full of poles. Players lucky enough to walk through the door were often only a few years older than the kids who filled the stands on Thursday nights – but in the teenage pecking order, they seemed like kings.

The Brampton Memorial was the kind of arena that carried the weight of the game’s history. With trophy cases in the lobby filled with photos of teams your grandparents might have played in. Under arched rafters, a portrait of the queen hung at one end. The banners the Capitals won over the years lined up on top of each other.

There is an ice rink like the Brampton Memorial in most cities in southern Ontario and Canada. Many of these arenas have their own take on the red gate, coloring children’s dreams and shaping the future of teens.

For many, walking through these doors leads to friendships, popularity and a sense of belonging. For a few, those doors lead to the NHL.

For some, however, these doors lead to something very different – and, sometimes, wish they had never been opened in the first place.

Last year – in hockey’s longest and most uncertain season – stories of abusive and toxic behavior at the highest levels of the game have followed one another.