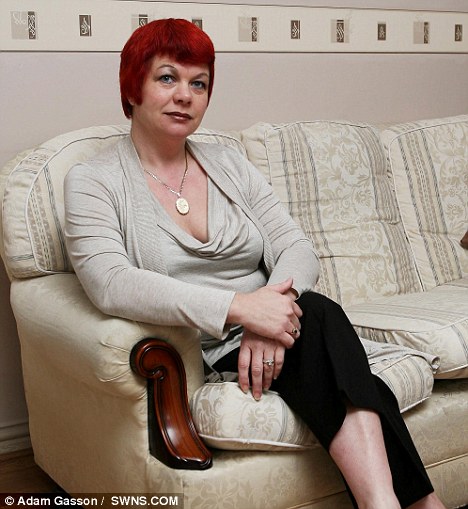 Fred West’s daughter says she feels “physically ill” at the prospect of a TV drama about the serial killer.

She believes the television dramatization will rekindle deeply traumatic memories for the families of the victims of Fred and Rose West.

Dismayed: Anne-Marie Davis, daughter of Fred West, has spoken out for the first time in a decade to condemn new ITV drama about her father

Anne Marie, whose own mother Rena Costello and half-sisters Charmaine and Heather were murdered, said: “I felt physically ill when I heard about the plan to transform the tragic events that devastated the life of so many people in a TV drama.

“I haven’t talked about them for ten years and the only reason I speak now is because I want ITV to realize that they will cause unimaginable distress to the families of the young girls who were murdered. .

“No one should be kidding themselves, the point of this drama is to make money.

Killers: Fred and Rose West murdered at least ten people at their home in Cromwell Street, Gloucester, before their arrest in 1994

“But program officials need to recognize that many vulnerable young women have died.

“They were real people and their loved ones are also real people who are still in pain and their wounds will only be reopened by a TV drama like this.”

The three-hour drama Appropriate Adult centers on the period between the West’s arrests in 1994 and Fred’s suicide in Birmingham’s Winson Green Prison on New Years Day 1995, while awaiting trial for 12 murders.

Actor Dominic West, the British star of American crime drama The Wire, will play the Gloucester Builder, and Monica Dolan has been cast for the role of Rose. 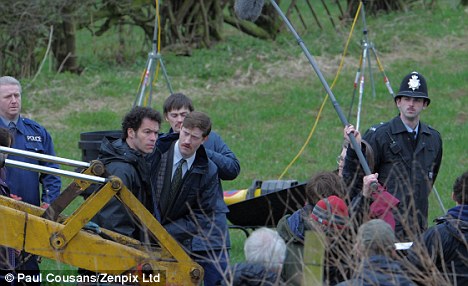 Drama: Actor Dominic West works on “Appropriate Adult” in Manchester. In this scene he is taken to the place where West buried his first wife.

Rose, 57, a mother of eight, is currently serving a life sentence in Low Newton Prison, near Durham, after being convicted of ten murders in 1995.

Yesterday, Anne Marie, 46, said: “If the story is scripted from my father’s arrest, it will cover the time when all these poor victims were found. 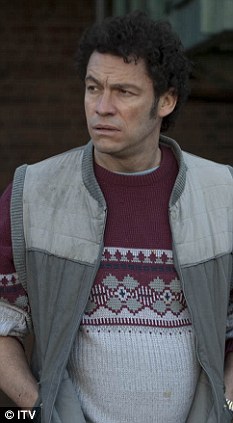 “I will never forget the footage of police officers carrying their remains out of 25 Cromwell Street in crates.

“I was only six years old when I lost my mother Rena after my father murdered her. I was so young that I never really knew her, but I still miss her.

“The following year, in 1971, my eight-year-old half-sister Charmaine disappeared and Rose told me that she had left with my mother.”

In 1987, Fred West strangled his 16-year-old daughter Heather and dismembered her body before burying her remains under the garden patio at 25 Cromwell Street.

Anne Marie said, “I was like a little mother to Heather, changing her diapers when she was a baby.

“I’m still devastated by the loss of Heather because I just didn’t realize how much danger she was. It’s always on my mind.

“I know how traumatic my own losses have been, but I can’t imagine the pain other families have gone through and continue to experience.”

The title of the program was chosen after volunteer Janet Leach was selected to attend Fred West’s interviews with detectives as a suitable independent adult, as a guarantee, as police chiefs were concerned about his low intelligence. .

ITV says its intention is to produce “a sober and uplifting drama based on a true story” with the events unfolding through the eyes of Janet Leach.

Ms Leach said Winchester Crown Court West told her he had made “a pact” with Rose to take responsibility for the murders and that he also claimed there were “20 other unknown victims”.

Victims: Former West nanny Caroline was raped and survived an attempted murder, while Lucy Partington was killed by them in 1973 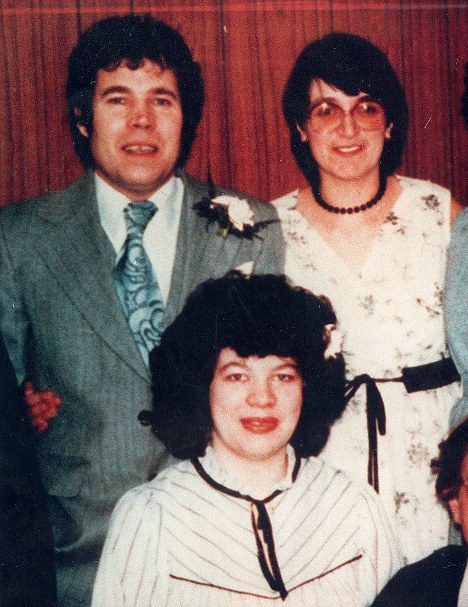 During the Horror: Fred West and his wife Rose with serial killer daughter Anne Marie at his wedding in 1986

Yesterday Anne Marie, a mother of two, who still lives in Gloucester, said: “A newspaper article claimed that Janet Leach ‘had won my father’s trust’, but it never was.

“She was just a toy, an audience for her illness, someone new to handle. She was completely overwhelmed in the face of a master of manipulation and deception.

Anne Marie, who was first sexually assaulted by the Westes when she was just eight years old and ran away from Cromwell Street when she was 15, said: “I knew Fred and Rose were dangerous people, but I hadn’t realized how dangerous they were.

“I knew they were involved in incest and pedophilia, but I thought it was limited to me.

“This television series seems to be trying to define characters. They are not fictional characters, but extremely complex individuals who have only shared their darkest secrets. 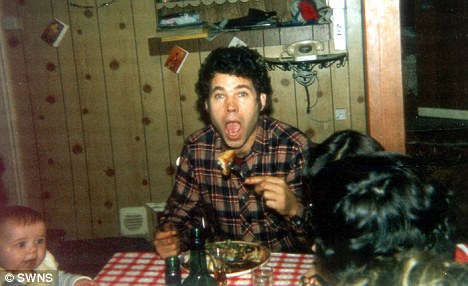 Serial killer: West eats Christmas lunch with friends and family at the House of Horrors in Gloucester

Anne Marie has declined ITV’s approaches to help with production and is already worried about the accuracy of the program’s research.

Retired Detective Superintendent John Bennett, who led West’s investigation, is also concerned the ITV drama is a true representation of the investigation. 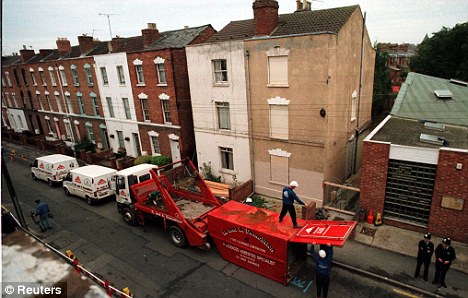 Horror: Workers begin to demolish 25 Cromwell Street, where the bodies of nine young women were found

He said: “Janet Leach was the appropriate adult to Fred West and signed a confidentiality agreement. But she made a deal to reveal Fred West’s conversations with her for commercial purposes.

“If the ITV drama portrays her role accurately, it will have to show how she perjured herself in court by denying that she received any compensation and nearly caused Rosemary West’s trial to fail.”

Anne Marie, who works in a supermarket, said: “I have had customers who came to me and said, ‘Can you do something to stop this program – or something that we can do? “

“All I can say is that many women and girls have lost their lives in desperately tragic circumstances and deserve to be remembered – not to be seen as a mere good public.”

“Listen to their families and do what’s best for everyone. “

GoFundMe created for children whose parents died in murder-suicide

These military veterans love the look of their new uniform, complete with a Bluenote…