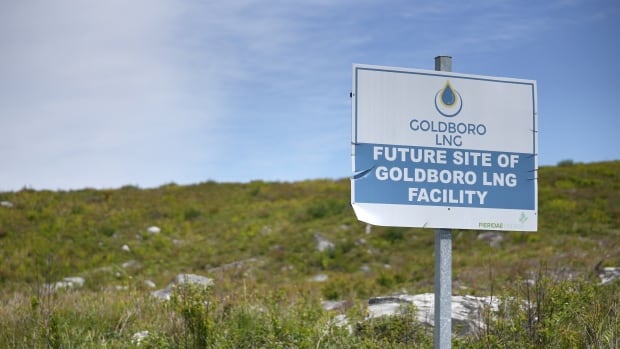 Calgary-based Pieridae Energy said on Friday it would take the Guysborough County project in a new direction, but did not specify.

“Financial pressures and time constraints from COVID-19 have made building the current version of the LNG project impractical,” CEO Alfred Sorensen said in a statement.

The project proposed to import gas from Alberta, process it at Goldboro, and export it to Germany. It had the support of the Municipality of the County of Guysborough and Premier Iain Rankin.

Pieridae had asked the federal government for $ 925 million as an initial investment in the project.

Mi’kmaq groups say building a 5,000-person labor camp would pose a serious threat to the safety of Indigenous women and girls.

“We have not been able to meet all of the key conditions necessary to make a final investment decision,” Sorensen said in his statement.

The June 30 deadline for the final investment decision was already extended by one year last May.

The company said it would assess alternatives for the site “which could make an LNG project more compatible with the current environment.”

Ken Summers, a resident of Hants County and a member of the environmental group NOFRAC, is one of five Pieridae activists threatened with legal action for “receiving certain confidential information from Pieridae”.

Summers said he was pleased to hear that the project is not progressing as planned, adding that global trends are making LNG projects increasingly difficult to launch.

“The door is closing on fossil fuel mega-projects,” Summers said.

Pieridae first announced its plans for Goldboro LNG nine years ago. He bought the project site from the Municipality of the District of Guysborough six years ago, promising thousands of jobs and tax revenues for rural Nova Scotia.

“There could very well be a silver lining in this dark cloud,” Pitts said in an email.

This is not the first time that Pieridae CEO Alfred Sorensen has attempted to launch an LNG plant.

Pieridae’s website says that from 2003-10, Sorensen was the CEO and one of the founders of Galveston LNG, the company that started the Kitimat LNG project. The project is currently owned by Woodside Energy and Chevron, the latter having recently announced its intention to stop funding the project.

Although the first site preparation work began in 2011, Kitimat LNG has not yet reached the actual construction phase.

Pieridae’s Halifax office phone number is no longer in service and their spokesperson is out of the office until July 19.

Shortage of fireworks, it is difficult for the local store to keep the shelves stocked