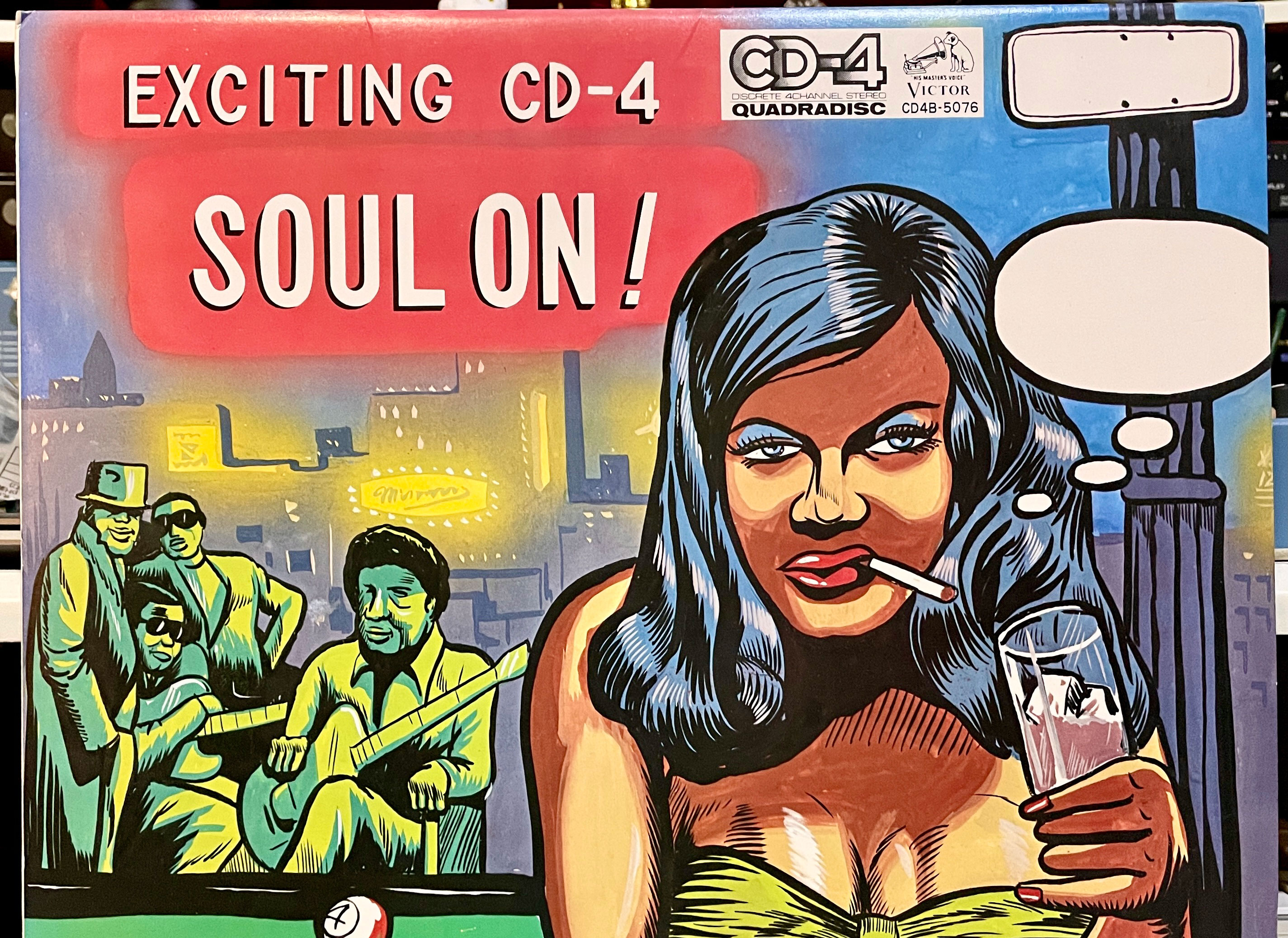 It was the first “Grail” for me when I started researching Japanese records many years ago. Discerning collectors were looking for this album and it was the cover art that jumped out at me when I first found out about it. The brooding background of dark clouds punctuated by lightning, and who was this mysterious devil / Dracula type character adorned with a red rose and skull cufflinks playing the flute?

When I finally managed to get a copy, the music contained inside didn’t disappoint – a glorious mix of sophisticated jazz funk grooves with a tasteful disco twist, featuring classic ’70s instruments from era such as Fender Rhodes Electric Piano, Clavinet, Moog Synthesizer, mixed with Shakuhachi, Shamisen, Koto and Tsuzumi and female scat vocals, wah wah guitar and meandering basslines – the funk level is high on this one! Composed by Kentaro Haneda and released in 1977 on King Records, the album was the imaginary soundtrack to a series of detective novels by author Seishi Yokomizo that were very popular at the time.